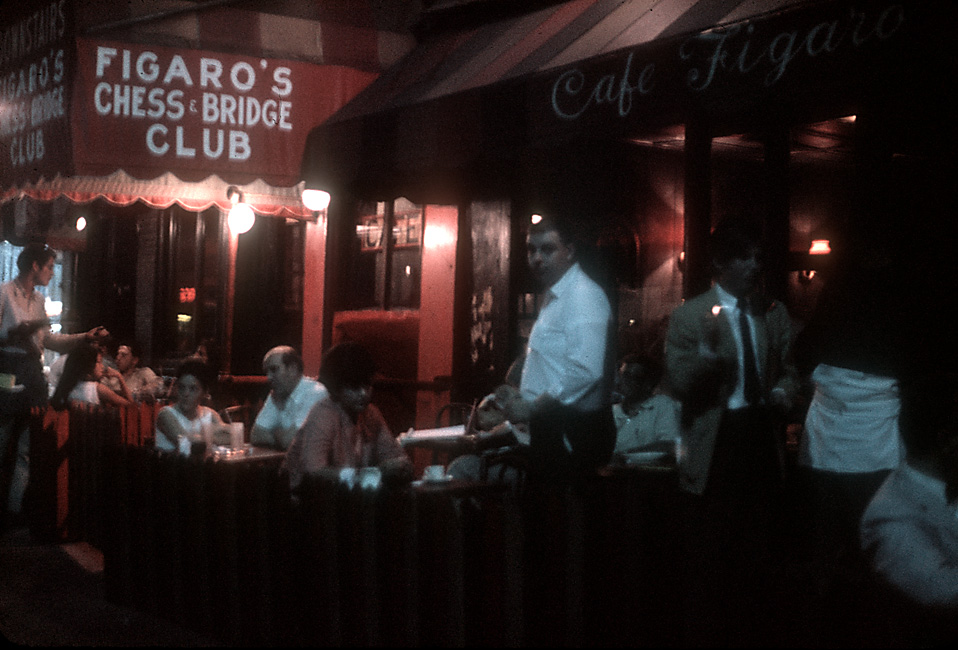 The Figaro (Bleecker at McDougal) was my hangout.
But I was nervous about taking pictures.
Note the look I got from one patron. People didn't like having their pictures
taken. And on hot nights, it could trigger a fist fight. The Village was a rough place.

The chess club was down in the basement. It got really hot down there.
The guy on the right in the tie and jacket was one of a group of mysterious
regulars. He seemed to know the staff, and was there every night. Memory
tells me he had a French accent, but I rarely heard him talk. My friends and
I would make up stories about him and his group. The light in his hand would
have been a lighter, and there's probably a pipe in the other hand. He was not
much older than us (22 or so) but very tweedy. He is still a mystery.

The Figaro today is nothing like it was in the early and mid '60s. Hardly trendy,
it could also be a rough place late at night. I saw many fights break out, and it
seemed the floor was rarely swept. The joke was to always remember to bring
rain boots if you wanted to use the loo, because the floor was always under water.

photos by richard friedman
some rights reserved :: all images licensed under a Creative Commons License